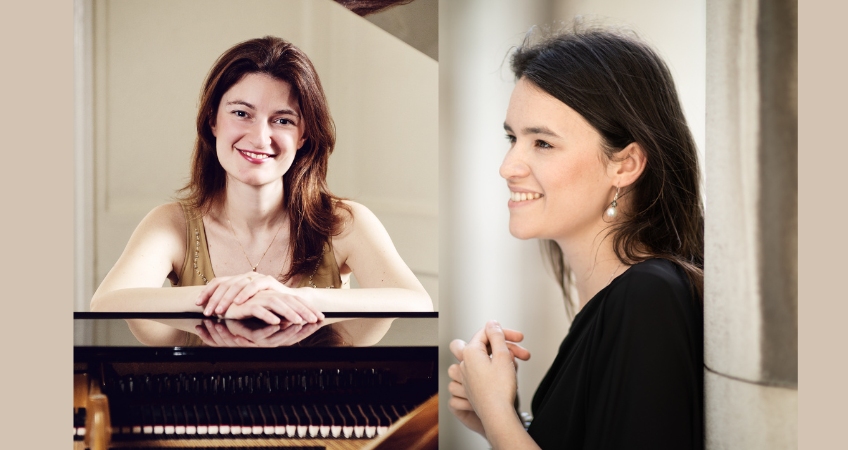 Songs written for, by and about women

Acclaimed for her musical interpretation and “warmly distinctive tone” (The Telegraph), BBC New Generation Artist Helen Charlston was a founding participant of the Orchestra of the Age of Enlightenment’s ‘Rising Stars’ programme. She continues to work alongside the orchestra frequently both in concert and for films on their online streaming platform. Helen is a member of Les Arts Florissants’ Young Artist Programme (Jardin des Voix) for 2021/22 with whom she will sing the role of Rosmira (Handel Partenope). She is a 2018 City Music Foundation Artist and the winner of the 2018 London Handel Competition.

Helen’s Isolation Songbook, a collection of 15 new songs written during the first UK lockdown in response to the coronavirus pandemic, was released on Delphian Records on 26 March 2021. This Autumn she records her second CD on the label, centred on a newly commissioned song cycle for Voice and Theorbo by Owain Park that seeks to rebalance the 17th century obsession with the female lament.

The Neapolitan pianist Emma Abbate enjoys a demanding career as a piano accompanist and chamber musician. Described as "an amazingly talented pianist" by the leading Italian magazine Musica, she has performed in duo recitals for international festivals and concert societies in Austria, Portugal, Italy, Poland and USA, and at many prestigious UK venues such as the Wigmore Hall, Southbank Centre, Royal Opera House, St John’s Smith Square, St George’s, Bristol and at the Aldeburgh Festival, in addition to broadcasts on BBC Radio 3.

Emma has made a series of recordings devoted to 20th century Italian vocal chamber music, the latest of which is the world-première Sera d'inverno: Songs by Ildebrando Pizzetti with the acclaimed mezzo-soprano Hanna Hipp on Resonus Classics: their disc has been praised by Gramophone for its 'considerable intensity' and was Editor's Choice in the June 2018 issue of the leading Australian magazine Limelight. Emma previously recorded the world-première disc of Shakespeare Sonnets by Mario Castelnuovo-Tedesco with the BBC New Generation Artist Ashley Riches, also on Resonus Classics.

A keen advocate of contemporary music, Emma has released two discs devoted to works by Stephen Dodgson that include his piano quintets with the Tippett Quartet. Other world-première recordings include works for cello and piano by Algernon Ashton and Krzysztof Meyer with Evva Mizerska. Emma also cultivates an active interest in historical keyboards, and has performed and recorded on a range of original instruments for the Finchcocks Charity and at Hatchlands Park and the Russell Collection. She has recently released Weber's complete keyboard duets with Julian Perkins, with whom she has also recorded Mozart's complete keyboard duet sonatas.

Based in London, Emma is a professor at the Guildhall School of Music & Drama and a staff coach at the Royal Opera House, Covent Garden. She has been elected an Associate of the Royal Academy of Music in recognition of her ‘significant contribution’ thus far to the music profession.